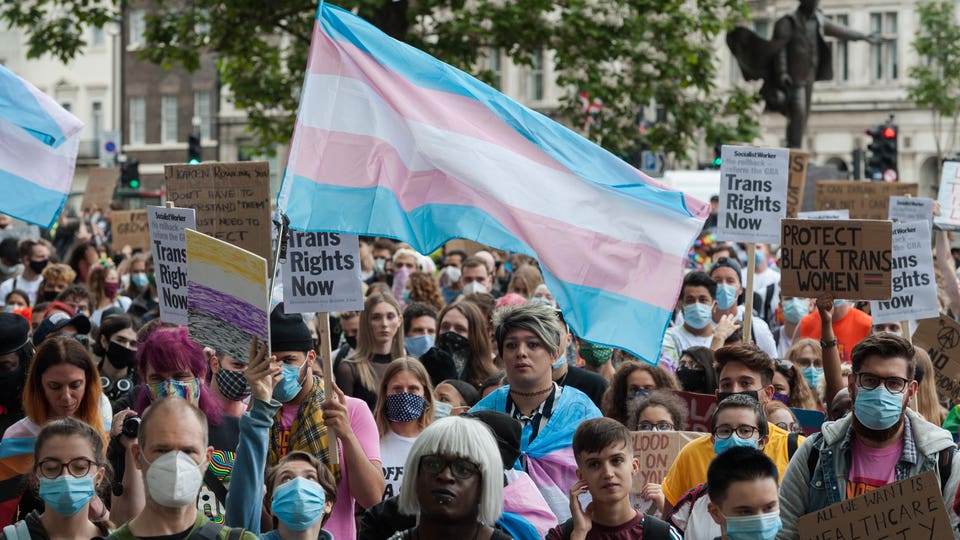 A new report has revealed that one in seven transgender people have been refused care or treatment by their GP because they are transgender.

Carried out and published by TransActual UK, Trans lives survey 2021: Enduring the UK’s hostile environment has found that nearly half of GPs (45%) don’t have a good understanding of transgender healthcare needs. This rises to 55% for non-binary experiences.

It’s leading to six in ten transgender people to avoid asking for medical help when they are unwell.

The figures come from one of the most extensive direct surveys of UK trans experience in 2021.

TransActual says it’s more evidence of the high levels of daily discrimination faced by trans and non-binary people in the UK.

“These findings are shocking but in no way unexpected,” Chay Brown, director of TransActual, says. “They merely put figures to a perilous situation that almost every trans person in the UK is well aware of. Transphobia feels unescapable, whether we’re at home, at work or when we go to the doctor’s.”

Despite progressive laws on broader LGBTQ rights, the UK has now been downgraded in a number of reports that track human rights laws because of growing anti-transgender sentiment.

The latest, released this week from The Council of Europe, noted the “marked increase” in anti-LGBTQ+ hate speech and hate crime in the UK. The report names the UK alongside countries like Hungary, Poland, Turkey and the Russian Federation, where it is becoming increasingly challenging to be LGBTQ.

It follows the wider trend of how much transgender healthcare in the UK has been impacted over the last two years.

Last week i News reported not a single person under the age of 17 seeking treatment from a hormone specialist through England’s NHS trans youth service from December last year has been referred.

That’s despite a High Court ruling preventing this, being partially overturned in March, allowing them to access it with parental consent.

While life-changing surgery for transgender men has not resumed since the pandemic. Rules preventing elective surgery during Covid-19’s height were lifted in April. Trans Actual says patients still don’t have a timescale for when this will restart.

Last year the Good Law Project announced plans to take on NHS England with legal action for “persistent and long-standing breaches of the law,” within Gender Identity Development Services.

Also in the report is a focus on the overwhelming nature of anti-transgender sentiment in the UK media.

Because of this, it found practically all (99%) of transgender people had face discrimination on social media, with nine in ten saying the bias in the news is transferring to hate from strangers in the street.

“The real scandal here is how comprehensively the media have conspired to ignore this situation,” says Jane Fae, chair of Trans Media Watch. “They prefer, instead, to produce tens of thousands of words on the largely imagined consequences of reform to the Gender Recognition Act.”

“The bottom line is transphobia impacts all aspects of daily life for trans people, from relationships with our friends and families to healthcare, and even listening to the radio.

“Your actions (and inactions) have a profound impact on all of us.”