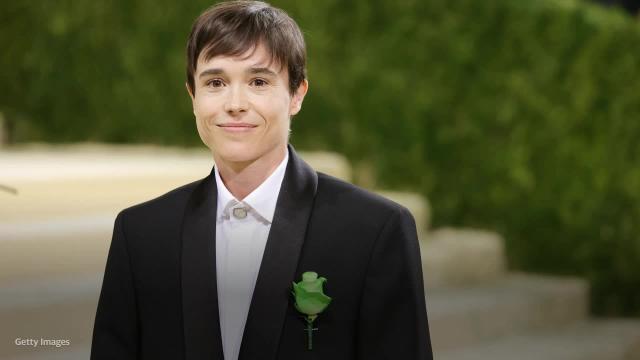 Although the look seems understated, Page’s pop of green is a statement in itself as a symbol of queer love, originating from poet Oscar Wilde who often wore a green carnation on his own lapel.

The green carnation came to represent queer men, as it “embodied the decadent and the unnatural,” according to Oscar Wilde Tours. For Page, the inclusion of such an homage was likely important after years of disconnect between his public image and true identity.

“I just never recognized myself,” Page told Time of his prior red carpet appearances and magazine spreads. “For a long time I could not even look at a photo of myself.”

And while people are quick to make judgments on the best dressed on the carpet, Page also shared his stance on those “crushing standards” that he was subjected to for so long.