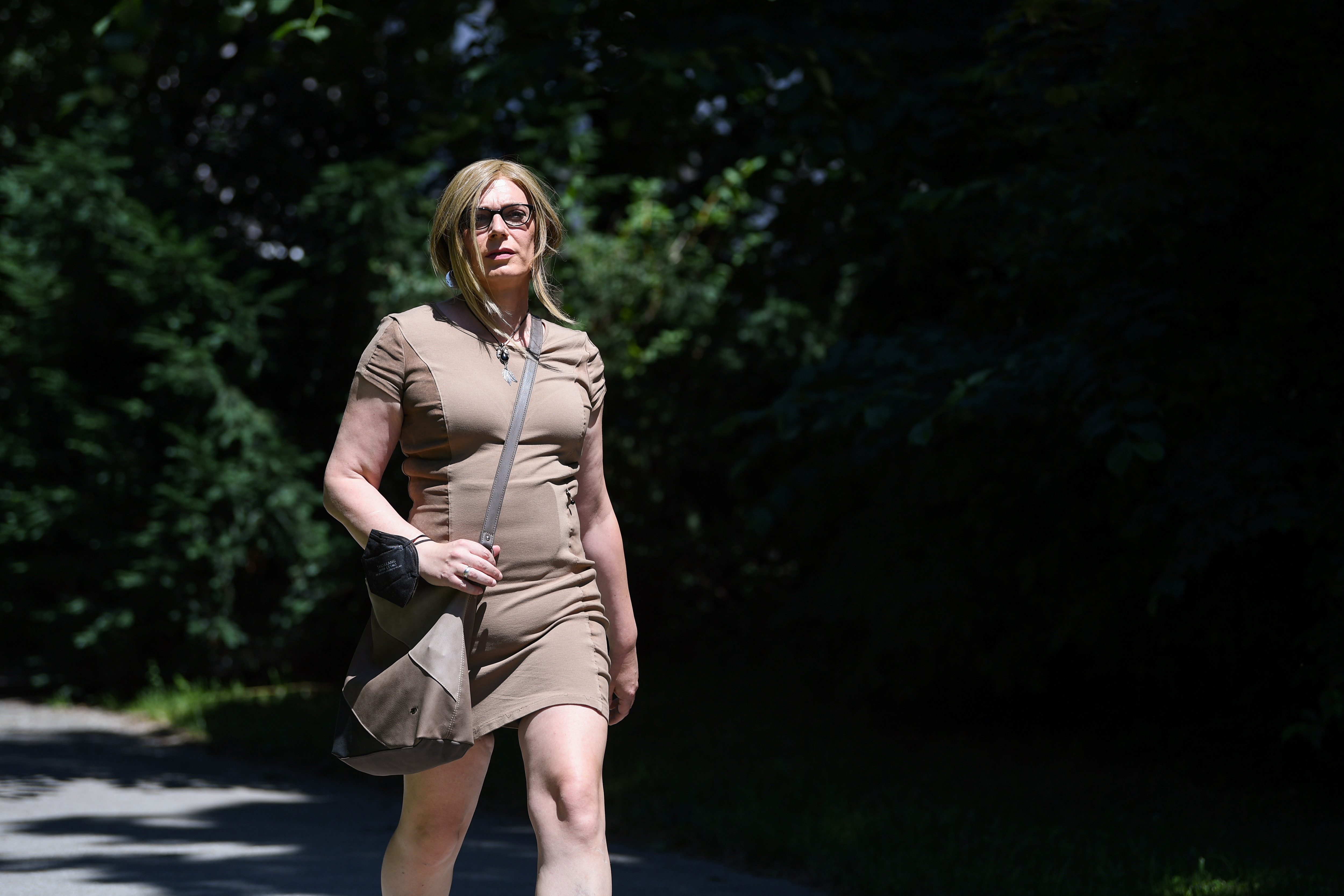 Tessa Ganserer, member of the German Green Party and transgender candidate for the German Bundestag elections walks from her office to the Parliament during a Reuters TV interview in Munich, Germany, July 6, 2021. REUTERS/Andreas Gebert

BERLIN, Sept 27 (Reuters) – Two German politicians from the Greens have made history by becoming the first transgender women to win parliamentary seats in Sunday’s national election.

Tessa Ganserer and Nyke Slawik stood for the Greens party, which came third in the election, increasing its share of the vote to 14.8% from 8.9% in 2017 and is set to play a pivotal role in the building of a new three-way coalition government.

“It is a historic victory for the Greens, but also for the trans-emancipatory movement and for the entire queer community,” Ganserer, 44, told Reuters, adding that the results were a symbol of an open and tolerant society.

Topping the priority list for Ganserer, who was elected to Bavaria’s regional parliament in 2013, is an easier procedure for ratifying a sex change on identity documents.

Slawik, 27, said the results were unbelievable. She secured a seat in parliament through the Greens list of candidates in the western state of North Rhine-Westphalia.

“Madness! I still can’t quite believe it, but with this historic election result I will definitely be a member of the next Bundestag,” Slawik posted on Instagram.

Slawik has called for a nationwide action plan against homophobia and transphobia, a self-determination law, and improvements to the federal anti-discrimination law.

Homosexuality was decriminalised in Germany in 1969 and same-sex marriage legalised in 2017. But hate crimes against LGBT+ people jumped by 36% last year, according to police figures that highlight a rising trend of homophobia in parts of German society.