I’m a transgender woman in America. I shouldn’t have to live in fear

I’m a transgender woman in America. I shouldn’t have to live in fear 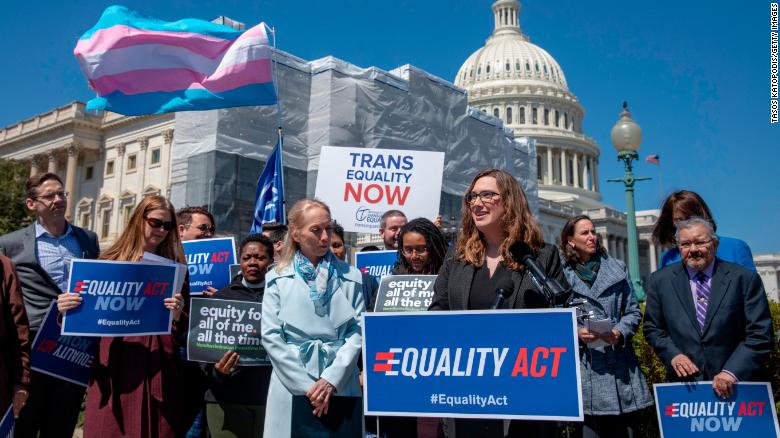 Sarah McBride, national press secretary of Human Rights Collation, speaks on the introduction of the Equality Act, a comprehensive LGBTQ nondiscrimination bill at the US Capitol on April 01, 2019, in Washington, DC.

Jennifer Williams is a former New Jersey Republican Assembly candidate and was the first openly transgender delegate to the Republican National Convention in 2016. She currently serves as a member of the Conservatives Against Discrimination Leadership Council and as chair of the Trenton Zoning Board of Adjustment in New Jersey. The views expressed in this commentary are her own. View more opinion on CNN.

(CNN)Five years ago, my wife, children and I planned an Easter week trip to Charlotte, North Carolina, to visit some of our relatives. What should have been a relatively smooth road trip from New Jersey to North Carolina, however, soon turned into a highly precarious situation.

Just a few weeks before our trip, North Carolina passed House Bill 2, which required everyone in the state to use public restrooms based on the sex assigned to them at birth. What that meant for me — an American transgender woman — was that I would have to break this law in order to use the women’s restroom at any of the stops we visited in the state. 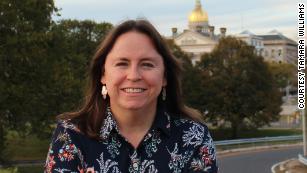 Jennifer Williams
As we crossed the border from Virginia, my wife and I both grew uneasy. We still had several hours of interstate driving in North Carolina ahead of us. Knowing that I could be arrested if I used a women’s restroom, my wife found a downloadable Google Map called “Safe Bathrooms,” which the spouse of a transgender person created so other transgender people could find a safe restroom to use in a supportive, private business.
Thankfully, we found one for me to use in downtown Greensboro at a small independent bookstore. After entering the bookstore, I explained to an employee that I was transgender and would like to use the restroom. The employee graciously showed me where it was.
As safe as my family and I felt at that moment, the sting of state-sanctioned discrimination was sharp. It felt especially poignant for my family to find refuge in the same city where four brave North Carolina A&T students staged a sit-in to integrate the F.W. Woolworth store nearly 60 years earlier.
Though North Carolina has since repealed this discriminatory restroom law, many LGBTQ Americans continue to face similarly agonizing decisions each day. According to the Human Rights Campaign, 2021 has been a record-breaking year for anti-LGBTQ laws in state legislatures — many of them targeting transgender youth seeking medical care or wanting to compete in sports.