Boston (CNN)Lia Thomas stood tall and smiled wide atop the championship podium, her nearly 6-foot-4 frame pushing her head past the top of the Ivy League’s green photo backdrop.

With one hand she held a placard reading “Ivy 2022 Champion,” and with the other she stuck up two fingers in that classic sign of victory. Her hair nestled alongside the medal around her neck as a blue University of Pennsylvania jacket hung from her broad swimmer’s shoulders.
Inside Harvard University’s Blodgett Pool, not far from a large banner reading “8 Against Hate,” referring to the Ivy’s eight schools, her victories in the 500-yard freestyle on Thursday, the 200-yard freestyle on Friday and the 100-yard freestyle on Saturday showed a star athlete going about her business. The crowd of family and friends cheered politely, and Thomas posed for photos with Penn teammates and shook the hands of her closest competitors. 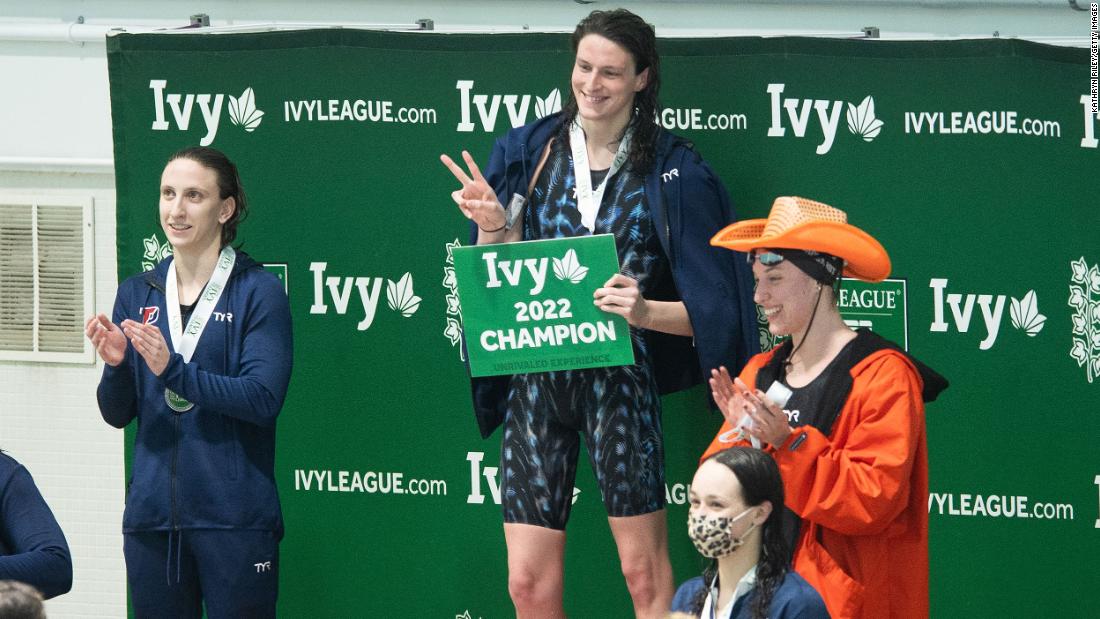 Lia Thomas smiles on the podium after winning the 500-yard freestyle on Thursday.
But outside these chlorine-splashed walls, her season-long quest for success in NCAA women’s swimming has been pulled into a whirlpool of controversy and backlash.
With each victory, Thomas, a transgender woman who previously swam for Penn’s men’s team, has brought renewed attention to the ongoing debate on trans women’s participation in sports and the balance between inclusion and fair play.
Her face has been prominently featured on Fox News and right-wing news sites critical of society’s changing views on sex and gender. In the past couple of years, Republican-led states across the country have passed laws to keep trans women and girls from participating in girls’ and women’s sports in the name of “fairness,” and Thomas quickly became the personification of those fears. Last week, a Republican Senate candidate in Missouri featured Thomas in a campaign ad and asserted that “Women’s sports are for women, not men pretending to be women,” a transphobic trope belittling trans women. 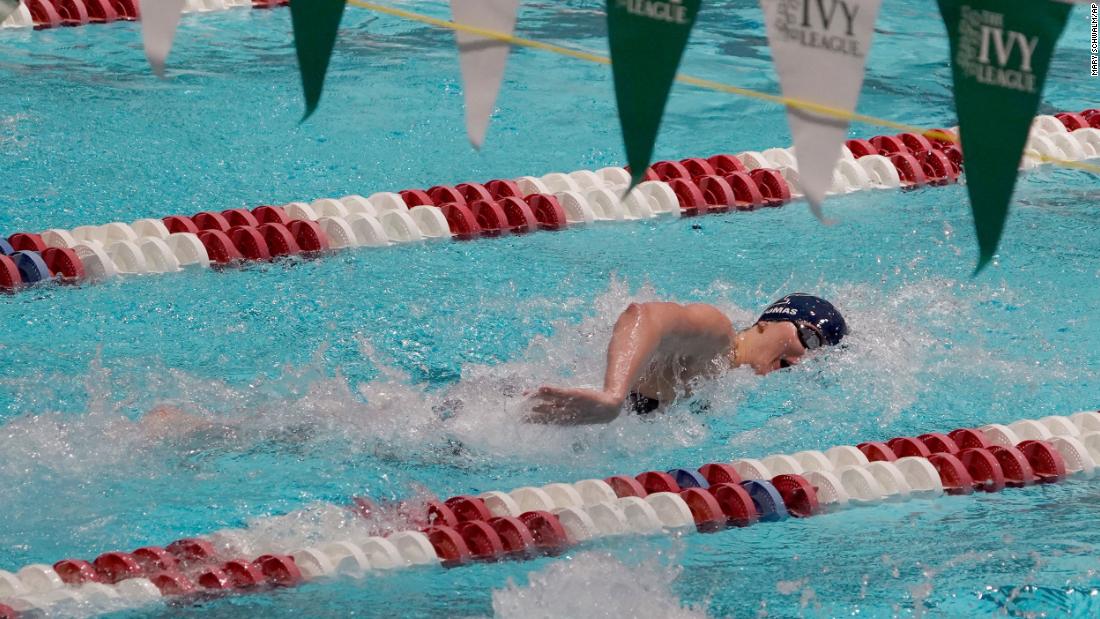 Thomas swims in a qualifying heat of the 100-yard freestyle at the Ivy League Women’s Swimming and Diving Championships on Saturday.
Yet Thomas’ success has vexed even those who say they support her transition, including some of her fellow swimmers. An anonymous letter written on behalf of 16 of her 40 Penn teammates earlier this month criticized what they saw as her “unfair advantage,” saying they supported her gender transition out of the pool but not necessarily in it.
This post was originally posted on CNN